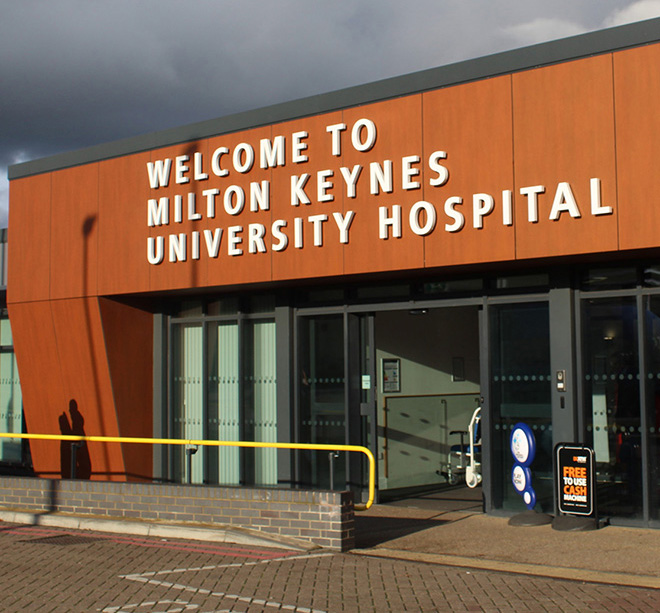 Plans are under way to open a £13 million radiotherapy centre next to the hospital’s new Cancer Centre, ending the need for patients to travel to Northampton or Oxford for treatment. The new Maple Centre, providing emergency care for A&E patients without the need to become an inpatient, is due to open in October.

Professor Harrison is looking to open an elective surgery centre and a women’s and children’s hospital. And a portable Cath Lab – an examination room with diagnostic imaging equipment used to visualise the arteries and chambers of the heart – opens this month while a state-of-the-art Cardiac Cath Lab is created with the support and input from the renowned Oxford University Hospitals cardiology team.

The improvements are being made after the hospital was announced in 2020 among 48 hospital sites to receive funding from the government under its New Hospital programme to improve its estate infrastructure.

The arrival of the pandemic derailed the plans, which have been cited as the largest hospital improvement programme in a generation. Progress has been slow, Mr Harrison admitted.

The Cancer Centre at Milton Keynes Hospital. Plans are also under way to open a radiotherapy centre.

“It is a challenge for the government because they are looking at hospital sites which require demolition and rebuild but we could start building today – we have the space,” he told a Milton Keynes Business Leaders Partnership breakfast meeting. “We are delivering significant improvements to treatment and supporting the local area by bringing together previously spread-out services.

“The development of these sites represents the next generation for our hospital. Getting these buildings in place will take Milton Keynes to a new level.”

Mr Harrison was speaking a few days after the hospital marked the second anniversary of the opening of its Cancer Centre. The £15 million centre, which has brought all cancer services under one roof, has been a beacon of light for the hospital during a difficult period, Mr Harrison said.

“We are one of just a few places in the country with a totally separate building offering cancer services, and this has enabled us to continue treating cancer patients throughout the pandemic.”

The hospital was significantly impacted during the second wave of the pandemic in January 2021. It is still running at a reduced capacity, with two wards dedicated to Covid patients and measures in place to minimise infection levels.

Acknowledging that there has been an increase in the number of people on the hospital waiting list – “we effectively shut the NHS down to focus on Covid-19.” –  Mr Harrison added that the emphasis is now on getting people back into the hospital and presenting early, doubling CT scan and trebling MRI facilities to diagnose conditions. “We are using every space possible to make sure we have the capacity,” he said.

Mr Harrison also highlighted how the hospital is playing its part in the green agenda, including a £2 million investment in solar panels. They currently produce eight per cent of the hospital’s electrical output and Mr Harrison expects the percentage to rise to 15% by the end of the year.

“It is things like this which differentiates our hospital from other hospitals around the country who are just a mile away from this,” Mr Harrison said. “From my perspective, it is about how we get great people to work in Milton Keynes and stay in Milton Keynes.”