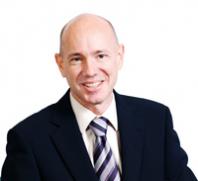 Milton Keynes
Three in every four companies in the sector are predicting expansion during 2013, with almost one third forecasting growth of more than 10%.
More firms are looking to invest in research and development this year and exports remain key to the sector’s success, says the SME Manufacturing Survey carried out by Milton Keynes-based chartered accountants MHA MacIntyre Hudson.
Two-thirds of manufacturers reported growth in 2012 and that figure is forecast to hit 75%, researchers found. However, it highlighted some important issues as the UK looks to rebalance its economy.
Intent to invest in R&D is up by 10% on last year but the spend remains low due to a lack of clarity on the possible tax implications.
MHA MacIntyre Hudson partner Steve Moore (pictured) said that R&D investment is critical if the industry is to achieve long term competitiveness.
The number of businesses investing in R&D in 2013 has increased from 37% in 2012 to 47% thatare aiming to invest up to 2% of turnover in R&D in the coming year.
Mr Moore added: “Despite increased spend in R&D, there are still too few companies making the most of tax benefits. Just 46% intend to make a tax credit claim.
“Only half of the businesses we surveyed are aware of how Patent Box could benefit their business. There is huge value in schemes like Patent Box and this missed opportunity reduces overall spending on R&D with only 12% indicated the scheme would be advantageous to their business.”
Exporting to the Eurozone, Asia and North America remained a priority for the sector but the survey highlighted perceived barriers to exporting. Sourcing and understanding local partners are key barriers, followed by regulatory issues in export locations, funding and cash flow.
However, there are signs of optimism when it comes to funding. Two thirds of respondents feel that they receive adequate funding from their banks and 86% indicate that they have not had a funding request rejected.
Mr Moore said: “Early expectations for 2013 are optimistic, with SME manufacturers and engineers anticipating growth, which is vital if the sector is to play a role in reinvigorating and rebalancing the UK economy.
“HMRC must do more to help companies understand tax credits. The revenue has acknowledged that there is uncertainty from businesses about what they can claim for and when. We can encourage our own clients but HMRC could do better to encourage the sector to take advantage of the higher rates of relief available.”
11