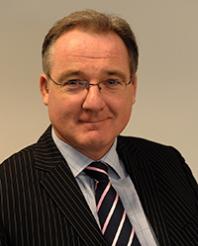 A new report from property consultancy Lambert Smith Hampton says the movement is good news after a quiet first six months of 2017, a downward shift from the bow wave of activity in 2015 and early last year.

This is good news for the town, which has witnessed subdued levels of activity in 2017, a downward shift in momentum from the bow wave of activity seen in 2015 and early 2016, according to the report, which focuses on eight key regions in the Midlands Engine area.

LSH Milton Keynes director Ian Leather pictured said: “Despite there appearing to be a healthy supply of office space, the underlying picture is that there are still limited available options for corporate occupiers who view Milton Keynes as a destination of choice.”

However, the AW James’ speculative development of 140,000 sq ft of grade A offices at 100 Avebury Boulevard, which will be on site in Q4 2017, will be a massive boost for the office sector and drive the wider appeal of the city centre as a business location because it will be able to offer large floor plates in a landmark building.

The proposed build is good news because availability in Milton Keynes has fallen by 5% year-on-year currently equivalent to about three years of supply, Mr Leather said

Grade A supply has increased over the last 12 months, partly as a result of the completion of Victoria House, which extends to 37,500 sq ft. Just under half of the space – 16,900 sq ft – is available following the pre-let to business advisers Grant Thornton of the remainder.

There are no other new developments under construction and office conversion to residential is taking a significant amount of secondary stock out of the market.

Mr Leather said that 68,132 sq ft of office stock was lost to residential in 2016, with potential for more than a 250,000 sq ft to leave the market over the next 12-24 months, which means the constraints on supply are more of a reality than the market may think.

Despite subdued levels of take-up, prime headline rents are expected to reach £23.00 per sq ft, while out of town is unlikely to exceed £22.00 per sq ft because of a lack of available built stock supply.

Schemes such as Barwood’s Woodlands Business Park are consented for 150,000 sq ft but require forward commitment from occupiers before development will commence

However, the report says that the £22.00 per sq ft, achieved following Daqri Monographics’ lease at Garforth Place in Q2 2016, represented a substantial 26% increase from the previous prime rent of £17.50 per sq ft.

Prime yields have remained broadly stable over the year at 6%, although 2017 has already seen two notable investment transactions: Phoenix House, which has a net interest yield of 7.25% and Elder House, with a NIY of 8.33%, both of which were acquired by private investors for £11 million.

Mr Leather said: “The opportunities for growth and return on investment are abundant in the Midlands Engine region; we just need to be strategic about how we approach them. With this in mind, a forensic understanding of the market remains critical.”