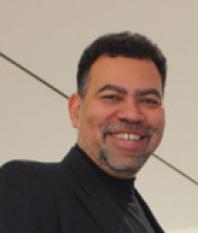 Milton Keynes
Due to the economic downturn, the building of the arena was delayed and with the regeneration plans of Bletchley Leisure Centre in motion, the Marshall MK Lions had to find a new venue to finish the season in the British Basketball League. The move to thecentre:mk will see the fan capacity rise from 800 to 1,500 in January and then a further increase to 3,800 when the team moves to the arena in September 2010.
Local businesses are already showing interest in the new sponsorship opportunities that the Lions’ move has created.
Owner and head coach Vince Macaulay (pictured) said: "We have seen our fan base increase year on year and we have simply outgrown our home in Bletchley.
“With the imminent move to the new arena put back, we have found a fantastic venue in Middleton Hall to finish the season. We can cater for more fans and even increase the size of the basketball court.”
Robert Goodman, centre director of thecentre:mk, said: “The Marshall MK Lions are an incredibly important part of the sporting culture of Milton Keynes and we are delighted to be supporting both the Lions and their fans next year.
“The hosting of sports events such as this is ground-breaking for a regional shopping centre such as ourselves and we just hope the Lions are as successful as possible for the remainder of the season. It would be fantastic for the team to be undefeated at thecentre:mk.”
The Lions’ first match at Middleton Hall is on January 12, tip-off 7.30pm, against the Essex Pirates in a BBL Trophy match. To book tickets visit www.mklions.com or telephone: 01908 512217.  For sponsorship opportunities, contact Vince Macaulay direct on e-mail: vince@mklions.com or telephone 01908 512217.
17