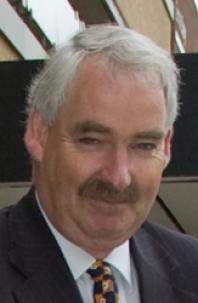 Milton Keynes
Latest figures show that unemployment fell for the third month in a row and the council has taken the opportunity to apply for part of the £1 billion Future Jobs Fund, a national pot of start-up money for employers across the country.
A total of £6,500 will be provided to subsidise the cost of employing each young person between the ages of 18 and 24, who have been out of work for more than a year.
The council bid is for £624,000, which would put in place a project co-ordinator and create 96 additional new jobs in 13 participating employers.
Cllr Jenni Ferrans, Cabinet member for community cohesion and regeneration, said: “This is practical help for the young people who were caught by the recession last summer and are still looking for jobs.
"I am delighted that so many employers have made the effort to be part of this scheme, investing in the future for our young people and offering a good choice of career opportunities for the long term.”
The bid comes hot on the heels of the news that unemployment has fallen in Milton Keynes for the third month running. It is running currently at 4.8%. Job vacancies have risen by more than 10%.
The bid is the culmination of a joint effort between partners within the Economic Task Group – Milton Keynes Council, Milton Keynes Economy & Learning Partnership, Milton Keynes Local Infrastructure Partnership, Business Link and Invest Milton Keynes.
MKELP executive director Colin Fox (pictured) said: “We believe that the Milton Keynes economy is inherently strong and is well placed to emerge from the current economic challenges as the most recent unemployment data suggests”.
Council economic development manager Pam Gosal said: “The council is leading the city’s Economic Task Group, which was formed following a major economic summit to look at jobs, the economy, and how we can recover in the face of difficult conditions.
“The council has invested a large amount of money towards tackling the economic downturn through the recession programme.”
13