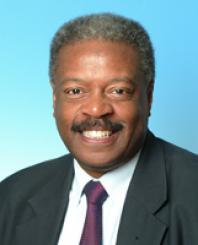 Milton Keynes
Two of the city’s highest-profile figures have paid tribute to Jim Brathwaite (pictured), who is stepping down from SEEDA after seven years at the helm.
He has been praised for his contribution to the development of Stadiummk and the opening of University Centre Milton Keynes.
Pete Winkelman, chairman of Milton Keynes Dons FC, said that SEEDA’s work had been invaluable in creating the new stadium. He added: “By introducing it into the thinking of the England 2018 World Cup bid team, Jim has established his legacy in Milton Keynes.”
The University Centre in Milton Keynes exemplifies SEEDA’s commitment to raising the skills level of the work force as well as encouraging knowledge transfer between academia and businesses.
UCMK dean Professor Keith Straughan said: “SEEDA challenged us to think differently and ambitiously. As we have become established, our ideas for higher education are generating considerable interest nationally.”
Microsoft World Wide has become a UCMK the Higher Education Funding Council for England’s ‘University Challenge’ initiative to develop new higher education centres with the Department for Innovation, Universities and Skills.
Mr Brathwaite said the regional approach to economic development has delivered unique and tangible benefits for the region and the country. The south east, which includes Milton Keynes, had generated £177.5 billion last year, was the largest regional net tax contributor to the Exchequer and was generating £33 billion worth of exports.
Of Milton Keynes, he added: “As a young city, Milton Keynes is growing up fast. I am glad to have been a part of one of the most exciting projects in the South East.”
Mr Brathwaite’s successor Rob Douglas took his place at the agency’s AGM on November 5. He outlined SEEDA’s priorities focusing on encouraging innovation, improving productivity and creating jobs.
Mr Douglas said: “When the recession hit, the immediate priority was to combat the recession, which SEEDA has been actively doing by supporting business. We are now learning and adapting within this changed economic environment to drive forward these three priorities to ensure we remain the powerhouse of the UK economy.”
16