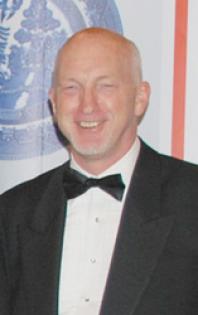 Milton Keynes
A survey of key workplace trends by the CBI and recruitment experts Harvey Nash showed almost two-thirds of employers have made or are considering making significant changes to the way they organise their workforce and working patterns.

More flexible working hours, extended shut-downs, extra holiday and cuts in paid overtime have all become more commonplace as the recession has deepened and firms have become determined to cut costs.

CBI South East regional director Malcolm Hyde (pictured) said: “This has been a particularly bruising recession but one of its most positive and striking aspects has been the commitment of many businesses and their staff to work together to try to trim costs and save jobs.

“The UK’s flexible labour market has proved a huge asset during these testing times, and flexible working changes have enabled employers and staff to create leeway on working hours.

“While pay and recruitment freezes should disappear as the economy recovers, the spirit of flexibility and the willingness of many staff to engage positively with employers on these issues will hopefully be a more permanent benefit of the UK economy.”

The UK-wide survey, whose 704 respondents employ a total of 3 million, showed that the recession and rising unemployment have taken a severe toll, with 55% of employers indicating that they were going to freeze pay during the next pay round, while 39% expect to make a modest increase.

Many employers are standing by their staff training and two thirds want to target training more efficiently. In cases where jobs could not be saved, individual redundancy payments have averaged around £12,000.

Nearly two- thirds of employers have frozen recruitment either across the whole organisation (30%) or in parts of it (31%). Firms are uncertain about prospects for a recovery in recruitment, though 53% think it will take up to two years or more for recruitment levels to return to 2007 levels.

A total 45% have increased flexible working among staff to reduce hours and meet employee requests for a work-life balance. A further 24% are considering or intending to make increases. Making a flexible response to falling economic demand, a third (33%) of employers have cut their use of agency staff, while 43% have reduced paid overtime.
Mr Hyde said: “Employers and their staff are doing whatever they can to keep businesses and jobs going, but the government can help by improving the availability of credit for investment.
"Firms are also concerned by the prospect of extra employment regulation at this difficult time. The government should wait for the upturn before increasing the load on businesses.”
14