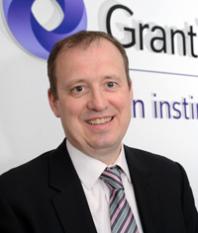 Despite consumer price inflation rising significantly by 1.2% for the year to November, up from 0.9% on the previous month, F&B was the only one of the 12 categories that make up the index to experience a substantial price decrease, according to new figures from business advisers Grant Thornton.

However, Grant Thornton expects this situation to reverse as the effects of Brexit start to take hold.

Increased costs of imported raw materials due to the weaker pound, rising wages cost, with national living wage and a shortage of manual labour as a result of the UK’s decision to leave the EU will add to inflationary pressure for the sector.

Ashley Clarkson, F&B specialist at Grant Thornton in Milton Keyne, said: “The F&B sector is critically important to Milton Keynes and has been very successful over recent years. However, the sector relies heavily on EU workers and anecdotal evidence from some of our clients suggests that some, particularly Eastern Europeans, are already leaving the UK.

“This may be partly for economic reasons, with the weakening of sterling making the repatriation of a British pay packet less attractive to overseas workers, but a common reason cited in exit interviews is that they no longer feel welcome in the UK.”

Finding enough skilled manual labour is a problem for many food producers, partly due to the reluctance among the domestic workforce to take on these jobs, Mr Clarkson added.

“A number of our clients also feel that they have exhausted the supply of overseas workers they can feasibly persuade to come to the UK.

Last week an open letter to the government signed by 30 food and drink industry bodies also warned that food prices will rise unless the government ensures EU citizens can work in the UK after Brexit.

Employment agencies have added to this, saying that the UK’s food industry is facing the worst labour shortage for at least 12 years.

However, despite the negative outlook, Grant Thornton also see sopportunities for F&B businesses.

Mr Clarkson said: “With sterling weak, and expected to remain so for the foreseeable future, UK F&B businesses should grasp the opportunity this provides and look to overseas markets for expansion.

“At the same time, the exchange rate is making UK companies highly attractive to overseas investment and acquisition. We would urge firms in the sector to actively consider these opportunities.”