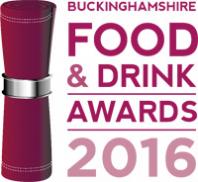 More than 30 have been received by the organisers since the competition began last week.

Venues have the opportunity to nominate themselves, or be nominated, in one of the 15 categories ranging from Best Newcomer to Independent Butcher.

The 2016 competition also sees the introduction of new categories to involve the chains and franchises, such as Chain or Franchise Restaurant of the Year, as well as the popular Tea and Coffee shops.

The 2015 awards, which ran across Buckinghamshire, Bedfordshire and Hertfordshire, drew total nominations for more than 500 food and drink businesses.

Organiser Damian Cummins said: “This year exceeded our expectations. We could not have anticipated the reaction we got from the industry as well as the publi, and we hope that the success of 2015 provides us with an influx of nominations for next year.”

To nominate your favourite, or to vote for those who have already been nominated, visit www.bucksfda.co.uk