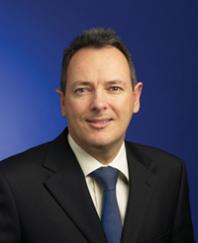 Milton Keynes
The study underlines the problem of in-work poverty, although the figure is less than 12 months ago after falling by 1%.
The research, conducted for business advisers KPMG, reveals that across the UK 5.24 million people being paid less than the Living Wage, an increase of around 400,000 from an estimated 4.82 million in last year’s report and mostly among the younger age groups.
The Living Wage is a voluntary rate of pay designed to enable workers to afford a basic but acceptable standard of living. The rate has risen to £8.80 an hour in London and £7.65 outside, compared to the national minimum wage of £6.31.
Mark Matthewman pictured, KPMG’s senior partner in Milton Keynes said: “It is good news that the number of workers in Milton Keynes being paid more than the Living Wageis on the rise but low pay is a growing problem in Britain and is a particular issue at a time when the cost of living is rising at a faster rate than earnings.
"While it is still not easy, earning a Living Wage can make a huge difference to individuals and their families, enabling them to afford a basic standard of life.
“For many businesses in the region, paying the Living Wage rate need not actually cost any more. At KPMG, we have found that better staff performance and motivation combined with lower absenteeism and turnover cancels out the extra salary costs.”
The Living Wage is a national movement that has grown rapidly as a concept, with more than 400 organisations now accredited payers of the rate compared to 60 this time last year.  This week has been designated Living Wage Week by lobby group Citizens UK.
Mr Matthewman said: “Living Wage Week is the perfect opportunity for employers to consider whether they can make the move. It may not be possible or practical for everyone but all employers need to do what they can to address the problem of low pay.
“In practice, transition to the Living Wage is a phased programme that does not happen overnight.  Making an initial assessment is an important first step.”
16