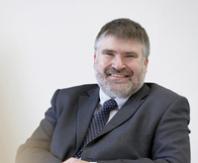 Bedford
Construction of the new bus station building and has the demolition of Bedford Town Hall will take place from January 27.
The multi-million pound projects, due for completion by the end of the year, are the largest projects in Bedford town centre for decades.
Bedford Mayor Dave Hodgson (pictured) said: “Despite the challenging economic climate, Bedford Borough is bucking the trend and delivering major new investment and jobs and sending out the message that Bedford is open for business.”
Demolishing the Town Hall and neighbouring Riverside House will kick start a process that will see the reintroduction of the town centre cinema, new opportunities for riverside dining or relaxing, new jobs and a major boost for visitor numbers.
The wider plans also include a new footbridge and an attractive new public space to feature as part of the new Riverside North development scheme.
Mr Hodgson said: “It will also bring new jobs and a huge increase in visitors to the town centre.”
The demolition of the Town Hall also contributes towards annual savings of more than £1 million. savings of over £1 million every year. The Old Town Hall building will remain unaffected during the work.
Mr Hodgson said: “These major developments signal exciting times ahead for Bedford Town Centre.”
Redevelopment of the Bedford bus station area started last year and has included the construction of a new surface car park at Greyfriars, new public toilets and the continuing refurbishment of Allhallows multi-storey car park.
Now the bus station itself is to be demolished and replaced.
Mr Hodgson said: “We are replacing the unloved old bus station with a brand new one as part of a wider regeneration project, while a large office block is making way for new riverside public space as part of a scheme including riverside restaurants, a cinema, river footbridge and more.
“Bedford bus station has let our town centre down for far too long and we are pleased to be making this regeneration project happen. The construction of the new bus station itself is the central feature of this scheme which will create a gateway to the town centre we can be proud of.”
13