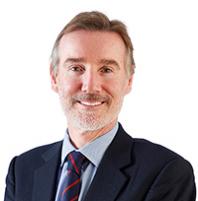 Mr Crozier pictured will succeed Richard Baker, who is to retire from the Dunstable-based plc’s board at the end of February.

Mr Crozier is currently Whitbread’s senior independent director and has extensive experience as chief executive of Saatchi & Saatchi, the Football Association, the Royal Mail and most recently ITV plc, where he served as chief executive until June last year.

He joined Whitbread’s board in April.

He said: “Whitbread has two great brands in Premier Inn and Costa, with 50,000 colleagues delivering terrific customer service every day. We have a very strong management team and an exciting plan to continue to deliver growth in our core UK businesses, while developing our international business through growth in Germany, China and Costa Express.

“I am delighted to become chairman of Whitbread and to help steer the company through the next chapter of its long history.

"I would also like to thank Richard on behalf of the whole Whitbread team for his wisdom, enthusiasm and commitment during his nine years on the board, during which time the company has grown earnings each year and created significant value for shareholders.”

Mr Baker said “We are executing our strategic plan to build a bigger and better Whitbread for the benefit of all stakeholders. We have a well established chief executive and executive team, a refreshed board, and considerable momentum in delivering this plan.

“This aligns with a personal intention I had, earlier last year, to progressively scale back my business responsibilities, so now is the time to hand over the chair. Adam has had a long and successful executive career and I am pleased the board has selected such a strong candidate to lead Whitbread through its next era of development.

“It has been a privilege to work for Whitbread during such a time of growth and success. Hosting the recent 275th year celebration was a proud and poignant moment for me, given how very few companies achieve such an extraordinary milestone”

The selection process to recruit Mr Baker’s successor took place in the autumn, led by non-executive director Chris Kennedy. He said: “We have conducted a thorough, independent, external appointment process and it was evident that Adam was the best candidate to become our next chairman.

“Adam has proven himself to be an eminently capable leader in a number of high profile executive appointments and shares the same strong sense of cultural values, which have been integral to Whitbread throughout its 275 year history.”