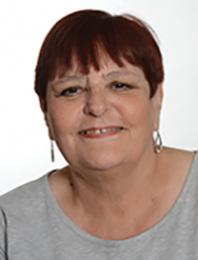 To a full audience of national and regional investors and businesses, Luton today (Thursday) highlighted the progress it has already made, with the promise of more to come.

Since the Luton Investment Framework’s launch in April last year, there has been significant progress in the redevelopment of Marsh Farm and on-going investment at London Luton Airport.

Works for the regeneration of the former Vauxhall car plant have been approved and new road works to facilitate the development have started.

Planning permission has recently been granted for the Luton Direct Air Rail Transport which will connect Luton Airport Parkway railway station to the airport and this will also help secure economic growth.

There will also be investment into the Cultural Quarter.

Property developers and investors funded the update event, held at Luton Hoo, and talked to the audience about their plan for the town.

Business leaders also took part in a panel discussion of Luton’s offer and how the town is becoming a magnet for employers offering high-quality jobs.

Businesses have been investing in the town including Signature Flight Support with an investment of £26 million. A further development is the opening in September of Metro Bank’s new store, which will create at least 25 new jobs.

Luton Council leader Cllr Hazel Simmons pictured said: “Luton’s Investment Framework continues to underpin how we are working with key partners to drive improvements to prosperity, health and wellbeing across the town.

“Luton is ambitious, innovative and ready for business with its super-fast broadband connectivity, improving infrastructure, and major schemes coming forward. The town has become a destination of choice for many businesses.

“I think the event today was a good opportunity for us to show how things have developed and our ambitions for the town. The audience was impressed by the changes taking place and how far we have come – the transformation of Luton is well and truly underway”.

“Our current investment into the airport means we expect to support 22,000 jobs and contribute £1.2 billion to the Three Counties economy by 2030.

“Improved transport connections are central to the LIF and are particularly attractive for inward investors. The investment of the £200 million transit link between the airport terminal and Luton Parkway Station demonstrates our shared ambition to improve connectivity.

“Introducing four fast trains per hour to Parkway station as part of the new East Midlands Trains franchise should accelerate growth even further.”