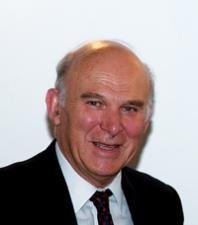 Millbrook is one of two projects in the East of England announced by Deputy Prime Minister Nick Clegg to have been awarded a combined £6 million of Regional Growth Fund finance in Round 5.

Mr Cable (pictured) wil tour the site near Ampthill to find out more about how the investment award will aid Millbrook’s expansion plans and the creation of new jobs.

Together the awards to Millbrook and Luton-based electric motors supplier Hayward Tyler are expected to raise £40 million of private investment and create and safeguard up to 700 jobs.

Mr Cable said: “Millbrook is leading the way in automotive innovation. Their success in Round 5 of the Regional Growth Fund will underscore expansion plans and create new highly skilled jobs on site – exactly what the fund was established to do.”

Miilbrook and Hayward Tyler are among 50 companies and projects across England that applied for RGF funding have been successful in Round 5, following a competitive round.

Investment totalling £119 million will help to rebalance the economy by supporting 37 companies from a range of industrial sectors. A further 13 RGF intermediary programmes, both regional and national, have been awarded £182 million to support small businesses.

Millbrook chief executive Alex Burns said: “We are very pleased to receive this funding from the UK government. There has been a great deal of positive change at Millbrook in the past six months, all of which will contribute to an exciting future for Millbrook as a world class technology and test centre.

“This grant will enable Millbrook to invest in new facilities and strengthen our relationships with our customers, public transport agencies and academic institutions.

“Key elements of the test facilities will be uniquely in the UK and the RGF funding will ensure that this capacity, with the resulting technologies and business opportunities are not lost to international competitors.”