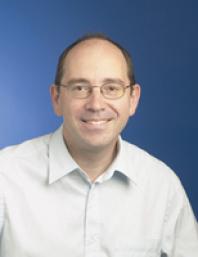 Bedford
The topline figures show:
Yet despite the apparent increase in optimism, there is still a cold wind blowing through the heart of British businesses with 21% expressing grave concerns about a continuing fall in demand for their products or services.
Indeed, falling sales is now the most pressing issue facing senior executives, overtaking credit and funding issues as the biggest business concern.
Peter Selvey (pictured), senior partner for KPMG in Milton Keyne, said: “While at first glance these statistics look encouraging, we must not forget that opinion is still heavily divided as to whether or not the economy is out of intensive care.
“It’s particularly interesting that in spite of certain economic indicators pointing towards modest growth in the third and fourth quarters of this year, the majority of senior executives do not expect the economy to come out of recession for at least another seven to 12 months; perhaps because there is, as yet, no end in sight to falling consumer demand.”
Mr Selvey said that the weakness of sterling presented “a massive opportunity” for British firms abroad and explained why expansion into new markets was the most commonly cited tactic to address business concerns.
He added: “At heart, we’re an entrepreneurial bunch, so taking advantage of such opportunities for growth will be an important catalyst in sustaining confidence levels across the economy as a whole.”
18