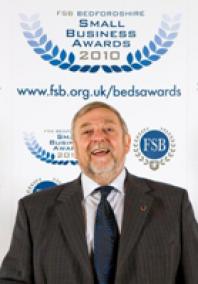 Bedford
The poll, the largest recent snapshot of business confidence in the county, was carried out to coincide with the launch of the FSB Bedfordshire Small Business Awards. The poll paints a rosier picture of the prospects for businesses throughout the region this year.
Two-thirds of the 8,000 businesses polled said that they believe that 2010 will be a better trading year than 2009 and 76% of businesses are confident about their prospects.
Nearly half of those polled indicated that they have already won new business in 2010.
FSB regional organiser Damian Cummins described the results as “very encouraging”.
There is also good news on the jobs front for Bedfordshire, with evidence that the tide is turning for jobseekers: while 9% of small businesses indicated that they are likely to reduce their headcount, 26% said that they are likely to take on new staff this year.
This is the inaugural year for the FSB Bedfordshire Small Business Awards and businesses with a headcount of fewer than 50 people are eligible to enter irrespective of whether they are FSB members or not. More details on the awards and the simple application process can be found at http://www.fsb.org.uk/bedsawards.
Entries close on April 15 and the winners will be announced at a gala dinner on May 27.
Mr Cummins said: “Our message to small businesses is that there is no better time to enter an award to add further momentum to your business.”
Of those polled, only 13% have entered awards. Of those that have, 81% have won on at least one occasion. Academic research points to awards having a significant impact on the performance of businesses, with winners achieving an average uplift in revenues of around 30%.