Skip to content
14.7°C
13 Aug 2022
x
Latest NewsRegionalBedfordSecure your place in the chain of essentials 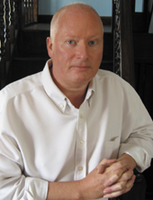 Youâ€™d be surprised just how many competitors you actually have. The customer only has so much to spend. So anyone making, providing or selling something they might want is – if you think about it – a competitor of your business.

That includes the friendly couple next door, selling crystals. And the people in the nearby offices, promoting relaxing trips abroad. It all sounds incredibly nasty, doesnâ€™t it? – regarding everyone as a rival for the customerâ€™s baubles.

Iâ€™m not contemplating for a moment that you go around scowling at everyone, regarding every single person as a potential threat. However, you have to bear in mind that, just as thereâ€™s a food chain, thereâ€™s also a chain of â€˜essentialsâ€™ and you have to figure out where youâ€™re positioned on that chain.

Food, of course, is pretty high up that chain – some foods, the staples, being higher up than delicacies.

Then there are clothes. They wear out, we grow out of them, we decide theyâ€™re no longer fashionable enough.

If your product is typically bought as a present, youâ€™re actually up against just about anything else that can be given as a present.

If youâ€™re selling books, youâ€™re up against a variety of leisure activities, including films, music CDs, bowlingâ€¦If youâ€™re selling, say, items at an airport, you even have to take into account that someone is selling something thatâ€™s easier to take on the plane.
Complicated, isnâ€™t it?

But just look around. Think what youâ€™d be tempted to buy first before even considering your own product.

Why is it higher up the â€˜essentials chainâ€™? What extra incentive does it offer?
Which incentives can be copied, or adapted? When do customers tend to make their purchases, and what mood are they in?

How do you move higher up the chain?

Whether friend or foe, you can learn from the people around you.