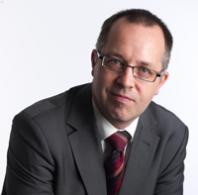 Bedford
’Trade Insight’ from Insight East looks back over the last ten years and charts the progress of sectors and markets. Importantly, it forecasts opportunities and challenges in the future for international trade.
The report for the East of England Development Agency concludes that the region performs relatively well compared to other regions and the services, pharmaceuticals and chemicals sectors are the high-scoring sectors of the economy.
Businesses involved in medical and pharmaceutical products, agrochemicals as well as automotive components and rare metal recycling are potentially set to benefit from increased trade in the future.
Protection of intellectual property will be an increasingly important issue for companies looking to expand into emerging markets especially for the region’s high-tech, chemicals and pharmaceutical industries.
Glenn Athey (pictured), director of Insight East said: “Exports are a crucial part of the regional economy and it is important that we know, in detail, how the different sectors are performing so that we can equip businesses with the support they need to grow.
"A successful exports economy is a useful barometer because it mirrors the competitiveness of the whole economy in the East of England.
“The report shows that the East of England punches above its weight compared to the rest of the UK in terms of how we compete internationally. But, because of the recession and the historically weak dollar, companies here need to sharpen their competitive edge to trade in still-significant European markets and the US.
"They need to punch harder and increase their reach further to gain new deals and keep the existing ones.”
15