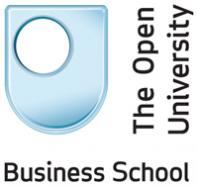 Bedford
The downturn has left many uncertain as to its effect on their customers. One in four firms with turnover of less than £250,000 are in a planning quandary, while around 30 per cent of firms report that the recession has not had a significant effect on their business.
Recovery prospects remain most uncertain in business services and construction – key sectors which indicate that the recession may not be over, says a OUBS professor.
The Quarterly Survey of Small Businesses in Britain, conducted in association with Barclays Bank and the Association of Chartered Certified Accountants, found that the challenges now faced by SMEs include a lack of time or capacity (14%) and a lack of skilled employees (11%).
These are often problems associated with growth and often affect those whose turnover was up over the past year, says the report.
Colin Gray, Professor of Enterprise Development at OUBS, said “Although there are increasing signs that the economy overall may be turning the corner, recovery remains elusive for the 95% of all firms in Britain that employ less than ten people.
"This is particularly so for those small firms in the construction and business services sector. As these are two important sectors that strongly reflect the tempo of business life, we may need to be cautious about believing that the recession is over.”
Those that are implementing recovery plans are also the most optimistic about their prospects. A further 15% are working on recovery plans, while 23% say their existing plans are already working.
14