Skip to content
16.0°C
13 Aug 2022
x
Latest NewsRegionalBedfordRate rises and the EU referendum: welcome to a year of change 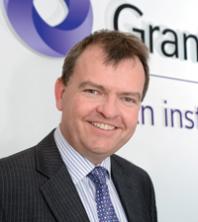 With talk of possible interest rate rises, an EU referendum and uncertainty in overseas markets, there are many variables on the horizon for local businesses over the next 12 months.

With this in mind Kevin Gale (pictured), practice leader of Grant Thornton’s Milton Keynes and Northampton offices, has selected the top five ‘things to watch’ in 2016 to help local businesses keep ahead of the game in the year ahead.

In his last Budget,  the Chancellor of the Excheqer George Osborne announced a radical review of UK business rates with the findings to be announced in the 2016 statement.

Business rates are a major cost for many companies, particularly those in the retail sector, and the demise of the high street in some parts of the country has been blamed on extortionate rates.

There will inevitably be winners and losers when the new, revised rates are announced in March with predictions showing that some areas of London could see rates soar by as much as 400% while conversely, rates could plummet in parts of the North.

It remains to be seen how the East of England will fare but this is certainly an area businesses need to watch and factor into future budgets.

The ‘Brexit’ referendum has to happen by the end of 2017, with many expecting the vote to go head at some point this year.

It’s too early to guess what will happen and with issues such as the continued weak recovery in Europe and the migrant crisis to contend with, public opinion is a moveable feast.

However, one thing that’s clear is that uncertainty about the UK’s future in Europe is playing a part in wavering business confidence. The best thing would be for the EU referendum to take place as soon as possible and one way or the other, produce a decisive result.

Almost six years after the Bank of England cut interests rates to an historic low of 0.5%, the talk now is not if, but when, rates will begin to rise.

Even though the US raised interest rates for the first time in almost a decade at the end of last year, it’s unlikely the UK will follow suit until at least the third quarter of 2016 – and even if this happens, the increase will be very gradual.

With inflation remaining low and not expected to reach the Bank of England’s 2% target until well into 2017, there’s simply no need for a change in tack in the near future. This should provide welcome news for business and help to spur on any investment for future growth.

From April this year, a new National Living Wage of £7.20 per hour will be introduced, applying to workers aged 25 and over. This will rise to £9 per hour by 2020.

The payment is being billed as a new ‘premium’ on top of the existing National Minimum Wage which will continue for those under the age of 25.

Although the Chancellor has introduced corporation tax cuts and an increase in the new Employment Allowance to help both large and small businesses offset the wage changes, there are still fears that the increased costs, coupled with higher business rates for some companies, could put a significant strain on budgets.

The way dividends are taxed is also set to change from April 2016 with the introduction of a new 7.5 per cent levy for basic rate tax payers who at the moment are not required to pay any tax on dividends.

Although the new dividend taxation rules are simpler, they will be costly for some including pensioners who rely on dividend payments as a vital source of income in retirement.

Mr Gale says: “While 2015 was primarily a year of consolidation and cautious growth, 2016 looks set to be a year of challenge and change.

“There are series of unknowns looming ahead, not least the EU referendum, a possible interest rate rise, slowing of the Chinese economy and a USA presidential election.

“Add to these wider variables a series of confirmed changes including business rate reform and the introduction of the new National Living Wage in March, and the landscape for our region’s business is looking very different to the picture we were experiencing 12 months ago.

“It is imperative that businesses keep a close eye on the shifting environment and both prepare and budget for the challenges ahead to ensure they are on the best footing to capitalise on opportunities for growth as they arise in 2016.”

The future issues facing local businesses will be the topic of discussion at Grant Thornton’s next FD Club event Horizon scanning – Business Models Beyond 2016.

The forum takes place on February 25 at the Mercure Milton Keynes Abbey Hill. For further information contact Grant Thornton on 01908 660666.