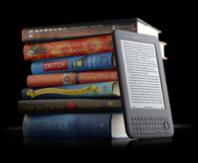 Bedford
A survey carried out by business advisers Mazars reveals that publishers will form new partnerships with technology companies, there will be an increase in innovative enhancements to e-books and a change in mentality where publishing is digital first, print second.
The study canvassed the opinion of representatives from the ‘big six’ publishing houses and a large number of smaller independent publishers, authors and influencers. They said that, overall, the eventual impact of digital on publishers will be positive but substantial adjustments are also on the horizon.
Almost two-thirds of those surveyed believe that traditional publishers will fail if they do not adapt their business model to the changing digital environment.
Meeting changing author and reader demands was also considered to be a key challenge. However, self-publishing was not seen as a major threat, with only 14% predicting that the rise of digital platforms could lead to publishers becoming extinct.
Irrespective of the significant rise in authors self-publishing or reporting to be considering this option, respondents to the survey indicated that high value is still attached to the editorial quality and marketing reach provided by a traditional publishing deal.
Claire Larquetoux, a director in Mazars’ media team, said: “Our research reveals that the industry remains positive overall about the growth in digital, despite some of the challenges this creates
“The digital revolution could create huge opportunities for publishers – new audiences, new revenue streams and direct engagement with readers but only if publishers are willing to change and adapt their business models to embrace this change.
"It is this adaptation – creating the appetite within the business to make changes and a willingness to take risks to do new things – that represent the real challenges for the sector today.”
Other findings included:
76