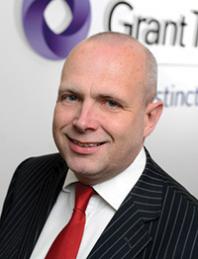 The annual Bedfordshire Limited study, conducted by financial and business advisers Grant Thornton and published today (Thursday), analyses the performance of the 100 largest, privately owned companies in the county to provide a recognised barometer of the overall health of Bedfordshire’s economy.

The 2017 report findings, unveiled to local businesses at a breakfast event hosted by Grant Thornton, revealed that combined profits (measured by earnings before interest, tax, depreciation and amortisation) of the top 100 companies increased by 39.8% from £176 million to £246 million, while combined turnover fell by 2.3% from £3.37 billion to £3.29 billion.

Average salaries fell by 5.8% to £32,782 as some sectors, particularly healthcare and education, were challenged by public sector funding constraints.

However, wages in Bedfordshire are still 12% higher than UK median earnings in 2015, the report says.

However, these figures are skewed by the performance of the largest company in the top 100, Monarch Holdings Ltd, which represents 25% of total turnover.

Monarch saw a significant restructuring during the period under review and  delivered an impressive turnaround in profitability on lower turnover.

Presenting the findings at Woburn Abbey’s Sculpture Gallery to an audience of almost 100 leading businesspeople in the county, Mr White said: “Bedfordshire businesses continue to demonstrate strong resilience in the face of political and economic uncertainty following Britain’s decision to leave the EU.

“The encouraging increase in profitability, employment and investment delivered by the 100 largest companies underlines this strength and suggests they remain confident about their future prospects.”

The results showed Bedfordshire’s nine large corporates achieved a profit growth of 93.8% to £99 million, although turnover was down 8% to £1.65 billion – again skewed by Monarch’s performance.

Positively, the remaining 91 SMEs delivered turnover growth of 4% and, more importantly, almost a 18% increase in profitability, reflecting their importance to the overall Bedfordshire economy.

The Bedfordshire Limited report also analyses the performance of the top 100 companies by sector. Six of the nine sectors grew turnover and eight reported an increase in EBITDA.

The standout sectors were freight, logistics and aviation, which saw the biggest increase in profitability of 181% from £24 million to £67 million, and automotive/motor retail which delivered a 14% rise in turnover from £170 million to £196 million.

Mr White said: “Overall, Bedfordshire businesses have delivered another strong financial performance and the investment in new staff and fixed assets bodes well for the future.

"There is of course further uncertainty over the months ahead as negotiations for our exit from the EU get under way but the county’s businesses have a solid foundation to weather any potential storms.”