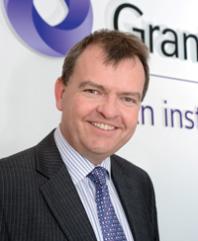 Almost half of respondents said they felt less confident about the coming 12 months post Brexit, whereas only 8% felt more optimistic.

Furthermore, one fifth are actively planning to decrease investment over the next year, although 56% remain unchanged in their investment decisions.

The impact of a general decline in the UK economy as the main area of concern for three in four businesses, followed by the effect of exchange rate movements (57%) and declining consumer confidence (55%).

Kevin Gale, practice leader at Grant Thornton in Milton Keynes and Northampton, said: "While much of the immediate political and economic turbulence following the outcome of the vote has settled over the past few weeks, the general outlook for the UK economy remains a top concern for most businesses.

“Many we are speaking with are taking a business-as-usual approach to their day-to-day operations but, looking further into the horizon, some are reconsidering their investment intentions based on the post-vote indicators and general mood in the markets.”

The Bank of England’s interest rate cut earlier this month will meet with with mixed reactions.

Mr Gale said: “Many businesses will be encouraged by lower borrowing rates and the stimulus package announced. But others will see the resulting impact of the fall in sterling hit their cost of imports and be unsettled by the BoE’s outlook on the UK economy."

When asked about the areas the new government should prioritise to support business growth post-referendum, respondents said:

In terms of when the new Prime Minister should enact article 50 and begin the formal negotiation process, respondents were split on the timing:

Mr Gale said: "Despite the lack of consensus on the timing for article 50 to be triggered, the general sentiment we are getting from clients and the market is that they want the government to have a clear vision before beginning the negotiations.

“Businesses are encouraging the government not to rush the process but also acknowledge that delaying it increases uncertainty – which is equally bad for business.

"Negotiating Brexit and determining a new legal and regulatory framework for the UK is an unprecedented challenge.

“It is critical that the government uses this opportunity to collaborate with public, private and third sectors to ensure all are given the chance to contribute to this critical stage in the UK’s future.”