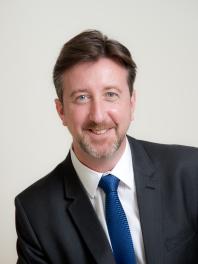 Bedford
Joe Collins (pictured), managing director  of African Suppliers Ltd based in Toddington, is one of a number of experts speaking at the Nigeria and Angola masterclass at St John’s Innovation Centre, Cambridge today (Monday).
African Supplies was set up in 2000 to establish distribution networks in Africa for quality building materials, primarily roofing systems, manufactured by Fletcher Building, one of New Zealand’s largest companies.
Mr Collins said: "In 2000, sub Saharan Africa was opening up to export though very much at the green shoots stage.
"Despite most economic and political pundits writing Africa off as a lost cause at that time, ASL had confidence in this developing market and established strong distribution channels through partnerships with local companies.
"With their support we began to build awareness of our products and lay strong foundations which allowed us to significantly increase our exports as the countries became more ready to do business."
UKTI’s International Trade Adviser Simon Crosland has been helping the company since 2011. Following an initial approach for UKTI assistance with events in both Nigeria and Ghana, ASL has now signed up to the Gateway for Global Growth initiative, a UKTI service which helps exporters diversify into new markets.
ASL is planning another event in Nigeria’s capital Abuja in June this year, hosted by the British High Commission.
Exports from the East of England to Nigeria more than doubled during 2012 to over £300 million and Nigeria is now one of the top 20 destinations for exports from the East of England.  It has a population of 170 million people and an economy growing at between 7% and 8% annually with key sectors including oil and gas, security, infrastructure, agriculture, healthcare and transport.
"Angola is also a challenging market with plenty of opportunities and is one of Africa‟s fastest growing economies,” said Mr Crosland. “It is also a market with significant opportunities for UK companies across a range of sectors."
ASL now suppliesproducts and service across the Construction sector and has built a strong presence in 21 countries in sub-Saharan Africa over the last 13 years.

The UKTI-organised workshop is part of Export Week this week: a programme of events dedicated to high-growth markets.

UKTI East of England regional director Liz Basing said: “ We are seeking to inspire business in our region to export to countries including Brazil, China, India, Turkey and Nigeria and Angola by providing critical advice from a range of experts and hearing from businesses who are already trading successfully in these markets.”