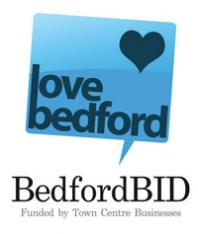 BedfordBID has unveiled plans for its second term to continue the work it began five years ago and has vowed to work more closely with businesses based in the town centre as well as retailers and restaurants.

A clear majority of town centre businesses voted last year for another five-year term of the BID – 58% by number and 73% by rateable value.

BedfordBID chairman Ian Pryce said: “The first BID was a pioneering project – the first in a market town in the UK – so we were learning as we went. We concentrated on the retail and restaurant sector and in getting rid of unsightly graffiti that is now a thing of the past in the BID area.

"Given the tough economic circumstances we need now in BID 2 to engage even more with local businesses, make the town even cleaner and safer, and focus on sectors who might have felt left out during the first BID, such as the commercial and office sector, and the night time economy.”

The BID works by businesses paying an annual levy which is used to improve and promote Bedford town centre. The money is collected by Bedford Borough Council on behalf of the BID.

BedfordBID deputy chairman Kevin Kavanagh, owner of Frescoes Coffee House in Mill Street, said: “We recognised the need to up our level of engagement with businesses.

“As a local businessman myself I am confident BID 2 will make an ever bigger and better contribution to the local economy.”