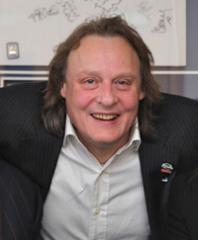 Bedford
Milton Keynes Dons and Milton Keynes Council have submitted a joint bid after the football club‘s owners unveiled its vision for the National Bowl in Milton Keynes.
MK Dons chairman Pete Winkelman pictured said: “While we know Rugby World Cup 2015 is certainly coming to town, I think there is a great importance on this city to secure Milton Keynes Bowl as a Team Base for one of the 20 countries who will be participating in this fantastic Tournament.
“If we were able to host a team for the duration of their involvement in the tournament there would be a significant economic and sporting impact on the whole of Milton Keynes.
"It would be another opportunity to forge the links between grassroots and international sport and a chance for young and old to engage with the sport. Rugby World Cup 2015 would become part of our everyday life."
Securing a Team Base for the Rugby World Cup – stadiummk is scheduled to host three matches in the tournament – features prominently in the club’s proposals for the National Bowl.
They also propose a training ground for MK Dons alongside badminton, cycling and summer concerts.
Mr Winkelman said: “Obviously our current proposal to utilise the Bowl to its true potential is paramount to the bid for a Team Base Camp and I hope we can continue to gather support to ensure we can deliver a world class training facility which would leave a legacy of Rugby World Cup 2015.”
Team Bases will play a key role throughout the tournament, hosting the 20 competing teams and taking the Rugby World Cup to local communities across the country.
A Team Base will consist of five component parts including outdoor and indoor training facilities, a hotel, swimming pool and gym.
England Rugby 2015 is evaluating all applications and conducting detailed site visits before deciding which will host the competing teams.
Its chief executive Debbie Jevans said: “Team Bases will play a pivotal role in the tournament and we are delighted to see such a strong response rate to the search and selection programme.
"We want to identify high- quality facilities across the country to ensure the teams have the best possible platform to compete at Rugby World Cup 2015.
"We can already see the fantastic regional engagement opportunities Team Bases will provide – we want to take the teams, the tournament and the game of rugbyas far and wide as possible in 2015 so we are really encouraged by the response.”
17