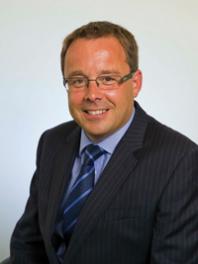 The UK Vitality Index assesses the UK’s largest towns and cities outside London to provide a health check of their local economies and identify which are most robust, are best positioned to support growth and will provide the greatest opportunities for businesses to expand.

The results are based on the analysis of 20 datasets, with each location ranked within six separate categories: most productive, fastest growing, most entrepreneurial, best educated, greenest and most affluent.

Milton Keynes came seventh in this year’s overall index, up two places from last year when it was ranked ninth.

The town did particularly well in the fastest growing category, coming joint first with Cambridge. This category ties in a combination of population, growth in economic output and commercial property rental data to show which UK regional towns and cities have seen the fastest rate of growth over the last ten years.

Milton Keynes also came joint top in the most productive index alongside Aberdeen, Maidenhead, Wokingham, Reading and Slough, after seeing declines in the proportion of unemployment.

Lloyd Spencer (pictured), LSH head of office in Milton Keynes, said: “The regions are important contributors to the UK’s national economic and business expansion with almost 80% of UK GDP generated outside London. The South East in particular has performed strongly with half of the top ten located in the region.

“As a hub of commerce, Milton Keynes is making an important contribution to the UK’s economic growth and should continue to do so throughout 2015.”