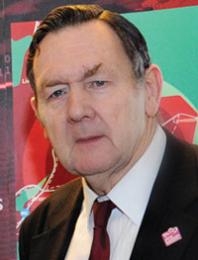 He and former High Sheriff of Bedfordshire Jack Sapsworth MBE will join graduating students at ceremonies taking place this week at St Mary’s Church in Luton.

More than 1,100 students from all the university’s four faculties, will be graduating across seven ceremonies to be held at between today (Tuesday) and Thursday.

Comedian Al Murray, former Minister of Universities and Science David Willetts, and nationally-acclaimed journalist Polly Toynbee are also among those due to receive honorary degrees from the University of Bedfordshire.

Guardian columnist Polly Toynbee is being presented with a Doctor of Arts, for her contribution to journalism at a ceremony also recognising the achievements of students from the Faculty of Health and Social Sciences.

Al Murray, best known for his character The Pub Landlord, will be a made an Honorary Doctor of Arts tomorrow (Wednesday) for his outstanding contribution to comedy.

Mr Willetts is made an Honorary Doctor of Arts in recognition of his outstanding contribution to UK higher education at the same ceremony, which will celebrate the achievements of graduates from the Business School.

Also tomorrow, former ITN science and medical editor Dr Lawrence McGinty is to be the Guest of Honour at a ceremony for Creative Arts, Technologies and Science students and will open the University’s new state-of-the-art science laboratories.