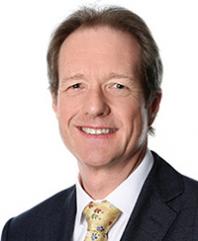 THE CHANCELLOR of the Exchequer delivered his Autumn 2017 Budget yesterday against a backdrop of no overall government majority, party disunity, reducing UK productivity, and a recent marked slowdown in economic growth.

So, not much room for manoeuvre and a need not to be seen to “get it wrong”, as happened with the rapid U-turn on NIC changes for the self-employed in the March budget this year.

Consequently we saw a cautious Budget which tried to balance all these things; indeed Mr. Hammond referred to the need for balance on a number of occasions in his speech, albeit in the sense of a balance between fiscal responsibility and the need to help those in most need.

Essentially, it was a Budget which sought to play safe. For instance, there were no changes of any note to capital gains tax, Entrepreneurs’ Relief – which is now extremely generous – nor to the big difference between CGT rates and top income tax rates, despite the continued exploitation of that difference by investors and company owners.

The system remains biased in favour of owner managers, hence the significant increase in tax-drive incorporations. The Office for Budget Responsibility forecast earlier this year that tax revenues will be £3.5 billion lower by 2021 if the small company population continues to grow at current rates.

It was good to see no further attack on pensions, although this should not be ruled out for the future. Pensions, especially for higher and top rate tax payers still represent the most tax-efficient savings vehicle available.

While the small increase in the rate of R&D tax credits from 11% to 12% is welcome, for companies many of the changes reflect the government’s response to the proposals of the OECD and G20 on BEPS and cross border tax avoidance.

Indeed tax avoidance, especially of the offshore variety, is in the news right now following the ‘Paradise Papers’ revelations.

The Budget contains a number of technical changes which will limit still further the ability of UK resident to avoid UK tax through offshore structures using payments to close family members instead of themselves, although continuing opportunities for non-domiciled individuals who have been resident in the UK for less than 15 years were not addressed.

VAT on UK purchases from offshore entities has also been tightened up and this was a welcome change, producing a more level playing field for UK companies as they compete for internet sales against competitors registered in low tax jurisdictions.

Other changes, plus further consultation on additional anti-avoidance measures such as on a new measure to tax UK immovable property owned by non UK resident companies and individuals demonstrate the government’s continued commitment to countering (legal) tax avoidance as well as (illegal) tax evasion.

Overall the Budget can best be characterised as safe and non-contentious. The Chancellor has minimal headroom but he has not sought to increase that headroom through any major increase in taxation.

Most tax thresholds have been increased in line with inflation, or, such as the £85,000 VAT registration threshold, left unchanged.

The headlines will not be about tax, except perhaps the SDLT change for first time buyers and the continued attack on tax avoiders.

Perhaps the most pleasing aspect of the budget for private clients and business clients alike was what the chancellor did not do; no changes of any significance to inheritance tax, capital gains tax, corporation tax nor VAT beyond a number of technical changes aimed at combatting tax avoidance techniques, particularly where offshore entities are involved.