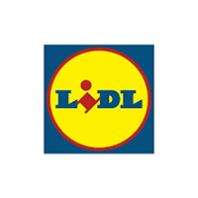 Houghton Regis Management Co, a consortium of Aviva Investors and the Diocese of St Albans, has exchanged contracts with Lidl UK on on a 58-acre site in Luton.
The one million sq ft warehouse will be Lidl’s largest in the UK at double the size of any of its other warehouses across Great Britain.
The new warehouse will manage the supply and distribution of food and non-food products to stores in and around the M25, while supporting the supermarket’s continued growth in Greater London.

The warehouse will be Lidl’s fourth for Greater London. The supermarket chain intends to open five new London stores in the next two months.
Lidl UK’s board director for expansion and development Ingo Fischer said:  “We are committed to the continued investment in our operations and infrastructure to support our growth.

“With further store expansion and development plans in place for the Greater London area across the new financial year and beyond, this new warehouse is vital in supporting our ambitious expansion plans in and around the M25.”

The transaction is part of the first phase of the development of this key strategic site being led by the consortium, following the opening of J11A which has given direct access to the 630 acre site.

The consented scheme also includes 5,000 houses, three primary schools and a further 1m sq ft of commercial  and retail space .
David Skinner, managing director of UK Real Estate at Aviva Investors, said: “We are delighted to have secured Lidl as an owner occupier on this important strategic land site.”

Development is expected to begin early next year, he added.

The new distribution centre, which forms part of Lidl UK’s £1.45 billion expansion investment in Britain between 2017-18, follows the opening of two new RDCs in Exeter and Wednesbury in 2017 and the announcement of a further three new warehouses in Doncaster, Bolton and Peterborough.

Construction has also begun on two new warehouses in Avonmouth and Eurocentral, Scotland.