Skip to content
18.9°C
12 Aug 2022
x
Latest NewsRegionalBedfordLawyer is hailed as an inspiration 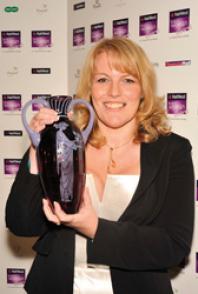 Bedford
Toni Moore, founder and managing director of family law specialist Adams Moore Solicitors, is pictured after receiving the NatWest everywoman Award.
The eighth annual award ceremony celebrates successful entrepreneurs who are playing their part in helping to pull the UK out of recession and acting as inspirational role models for the next generation of aspiring business women.
Toni set up Adams Moore in 2004, aiming to establish a law practice and a team of staff who instinctively put their clients first. Today the firm employs 60 staff at offices including those in Milton Keynes, Bedford, Luton and Northamptonshire, provides a 24-hour emergency line and offers same-day appointments and free counselling.
It also provides free training courses for its staff and for those of competitors.
Despite fearing her career aspirations were dashed when she fell pregnant aged 15, Toni insists she knew by the age of eight that she wanted to put the legal system to rights from the inside.
She was inspired by the pain her best friend suffered at the hands of the law, after her friend’s mother fled violent domestic abuse to then be encouraged by her legal aid to return to the property to protect her rights. On her return she was murdered.
After supporting her friend and watching the family torn apart due to lack of legal protection, Toni decided this was what she wanted to change. She was a single parent but worked through night school and, while studying for her degree and raising her son, found time to work at a women’s refuge.
Toni currently chairs two separate domestic violence forums, is a trustee of Women’s Aid and Citizens Advice Bureau.
Presenting the award, everywoman co-founder Karen Gill described Toni as “an extraordinary woman.”
21