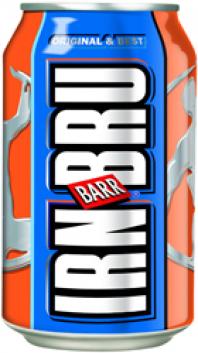 Bedford
The Scottish company behind the Irn-Bru brand, Rubicon fruit juices and Strathmore water said it was in “advanced discussions” on the site at Magna Park with developer Gazeley.
Late last year AG Barr chairman Ronald Hanna announced the company’s intention to create extra production capacity in the south of England.
The planned new facility on the eastern edge of Milton Keynes near M1 Junction 13 follows AG Barr’s final results for the year ending in January 2012.
The business has seen turnover rise by more than six per cent to £237 million, profit before tax and exceptional items increase by 6.2pc to £33.6 million and post-exceptionals by 16.4pc to £35.4 million.
Chief executive Roger White said AG Barr’s operational performance had improved markedly in the fourth quarter of 2011.
He added: “We are now beginning to see the benefits of our investment in our production assets.
“We are further reinforcing our confidence in our future growth prospects with the confirmation of our plans to invest in a new site with substantial future capacity in the Milton Keynes area.”
66