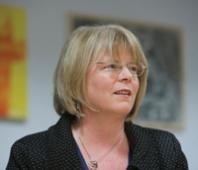 IF SOMEONE progresses through school and on to college and to adulthood without at least a C grade in GCSE maths and English, who should carry the can?

Who’s to blame – the parents, primary school, secondary school, college – if that’s where they go next? Is it the fault of television or politicians or overpaid footballers or is it because of fluoride in the water?

The fact is, that if someone reaches the age of 18 without these essential qualifications, an awful lot has gone wrong along the way.

However, new government regulations which will come into effect over the next five years mean colleges like Milton Keynes could effectively be fined for this collective social failure.

Under this proposed system of penalty charges, if a student aged 16 to 18 without those qualifications is enrolled on a college course without signing up to do the exams again, the college in question will be fined.

The fine will be around £4,500 – precisely the amount of money paid to colleges to give that young person training in hairdressing or catering or construction or engineering in the first place. However colleges are also not allowed to charge such people fees to study those courses and so will be left with three rather unappetising alternatives.

They can agree to educate those people for free. They can exclude them if they fail to sign up, however reluctantly, for more English and maths. They can refuse to let people without the right GCSEs come to college in the first place.

The first option is unsustainable. Colleges have not been safely ring-fenced from austerity cuts in the way in which schools have and it is already a financial struggle to maintain the high standards of teaching and learning we have set ourselves.

The second and third options fly completely in the face of everything that FE is supposed to be.

Colleges are not there only to serve those who have already achieved academic success. One of our most important roles is to educate and train precisely those people who have not found school a straightforward progression and to give them the opportunity to carve out successful careers for themselves in a style better suited to their strengths.

To deny them that opportunity would be both morally wrong and economically suicidal in terms of the nation’s economy.

From 2017-18 every 16-year-old will either already have a C in maths and English or be obliged to sign up for a resit.

In a decidedly unwelcome coincidence, 2017 is also the year when the Department for Education expects to see students taking significantly tougher exams in both subjects. Assuming (as everyone does) that the pass rate will fall, there may well be record numbers of pupils who fail to make the grade and a sizeable proportion of them will arrive at our door needing our help.

Now it is unlikely that there will have been any slowing in the pace of government cutbacks by that time; in fact some experts predict that budgets will be shrinking even faster than before.  We have been getting used to trying to do more for less in recent years and we completely understand that government makes tough decisions on spending all the time and is constantly faced with special pleading from endless interested parties.

As someone involved in education, it is fairly standard for me to suggest problems and encourage people to work out how to solve them, all the while knowing the right method and the right answer myself. Unfortunately, this is not one of those classroom moments.

If someone can tell me how we’re going to put this into practice without letting down some of those people most in need of our support, please do tell.

I really am willing to learn.