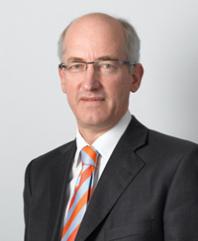 Bedford
Once complete, the new line will provide much-needed extra capacity on Britain’s busiest rail lines and help boost economic growth through better connections between our biggest cities.
Network Rail chief executive David Higgins said: "A new high speed network is as essential to Britain’s prosperity as it is to the railway. The railways do not just move people and freight; they create jobs, connect economic centres and open up new markets.”
Rail passenger journeys have grown by 50% to almost 1.5 billion a year in the past decade – a period of unprecedented growth, says Network Rail, whose national headquarters is in Milton Keynes.
Yet HS2 will free up much-needed extra capacity on the overcrowded West Coast Main Line, which serves Milton Keynes.
Mr Higgins (pictured) said: “ Without HS2 the West Coast Main Line – our busiest and most economically important line – will be full in a little over a decade. This is a rare chance to stop playing catch-up on capacity. If we get ahead of the game we can create huge opportunities for growth and connectivity.
“HS2 could be that rarest of things – a genuine game-changer for the railway. It can transform long distance travel, improve daily commutes on existing lines and create space on the network for passengers and freight to transfer from congested roads to an expanded railway.”
HS2 would be be at the heart of a reshaped rail network in Britain, Mr Higgins added. “To spread the benefits of HS2 to as many people as possible, we will need seamless integration.
"We are already planning how HS2 will integrate with the existing railway, supporting development of plans that will keep as many trains running during construction as possible and planning future train services that make best use of the capacity on both high speed and existing lines.”
Completion of HS2’s first phase between London and Birmingham will create extra capacity on the West Coast Main Line. Network Rail says that the new line is the only viable option to meet the long term growth in demand from passengers and freight.
49