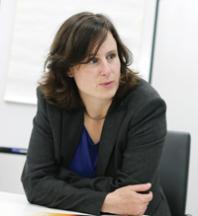 The draft report is the result of six months’ intense work by SQW, a leading independent provider of research, analysis and advice in economic and social development.

Final publication of the report is expected in the spring.

Its findings could help attract significant investment as well as government support for high-tech companies located within Silverstone’s neighbouring counties.

“It also provides a fascinating insight into the behaviour, achievements and requirements of the start-ups, the SMEs and larger companies in the area.”

The ingredients of a cluster usually include:

Roz Bird said: “While we await final publication of the report we confidently predict it will show that there is a high-tech cluster in the area surrounding Silverstone Park which has global significance and which should be considered by government as an engine room of the UK economy, worthy of investment and promotion.”

As part of its work, SQW has carried out case studies among individuals and companies operating within the high-performance technology and motorsport sectors and based within a geography of roughly 30 minutes of Silverstone.

SQW director Chris Green said: “We have found evidence of new firms being formed and growing through networks of relationships within a specialist labour market.

“While it has deep historical roots, the process of evolution is on-going. New applications for the surrounding technologies are emerging, many of which are linked to low carbon solutions in automotive, aerospace and other sectors.”

SQW was commissioned to carry out the research by MEPC because of its experience in carrying out other similar studies such as the Cambridge Phenomenon Report of the 1980s.