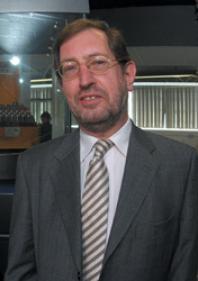 Cllr Vanessa McPake, the council cabinet member responsible for heritage and culture, was speaking at a major funding announcement that has provided a significant boost to the park’s future.

Milton Keynes Council is to match £300,000 of funding from English Heritage over the next three years that will be used to clear the backlog of essential maintenance and repair work required at the Second World War code-breaking centre.
Bletchley Park Trust director Simon Greenish (pictured) said: “Not only would we like to convey enormous gratitude to Milton Keynes Council and English Heritage for their collaboration and the clear demonstration of their belief in the Trust but, equally importantly, to the people of Milton Keynes for voting to support Bletchley Park in the Milton Keynes Council Budget Consultation.
“This vital endorsement takes us one step closer to achieving our aim of creating a world-class educational and heritage site reflecting Bletchley Park’s crucial contribution to the outcome of World War Two and the 20th century.”
Cllr McPake added: “I am delighted that the residents of Milton Keynes agreed that we should support Bletchley Park. In this time of economic downturn more people are likely to be holidaying in the UK, so Bletchley Park has a real role to play in supporting the economy of Milton Keynes.”
When English Heritage invested £330,000 for Mansion roof repairs in November last year, it invited further investment for Bletchley Park by pledging an extra £100,000 a year over the next three years, on condition that the funding was matched by outside partners.
Dr Simon Thurley, chief executive of English Heritage, said: “I am delighted that Milton Keynes Council has pledged this money which will ensure urgent repairs can be made to the historic buildings on the site.
“Bletchley Park is of enormous historical importance and played a vital role in the allies winning the Second World War.  A large part of the activity that secured the freedom that Europe now enjoys took place here and this is why English Heritage is so keen to help.”
19