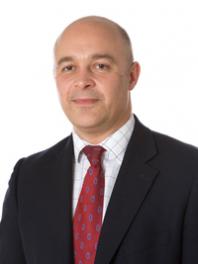 He said: “There were some attractive incentives for business especially SMEs – the increase in the annual investment allowance to £500,000 will be welcome.

“It is as much as most small and medium-sized companies will spend in a year on plant and machinery so in effect they will get 100% tax relief on this expenditure.”

Mr Tubb said the on-going reduction in corporation tax was another positive but a big disappointment came with the failure to address employers’ National Insurance. “This is a tax on jobs and business complains about it all the time,” he said.

The Budget had been especially generous for pensioners.

“This is arguably the biggest change in the private pension regime for 30 years,” said Mr Tubb. “It is very significant indeed.”

But he cautioned that all this came with a health warning. “If people keep taking large sums out of their pension fund then they might risk running out of money before they die. They will need to be careful – we are generally living longer.”

Savers had done well out of the Budget and he praised the new flexibility removing the current limits for cash and shares in ISAs and the increase in the ISA limit to £15,000.

The new Pensioner Bond would be popular albeit other savings providers were likely to cry foul.

But the big losers would be the tax avoidance industry.

The clamp down includes a raft of new anti-avoidance measures including:

Mr Tubb said: “This is effectively a retrospective charge on people who undertook tax avoidance schemes several years ago.

“If they knew then about this payment of tax, they may not have entered into the scheme and I expect legal challenges to HMRC in respect of these new rules because of their retrospective effect. If the scheme is ultimately found to be legal, the taxpayers will get their money back, but only with a poor rate of interest.

“Overall this is  bad news for anyone who has got themselves into a tax avoidance scheme.”