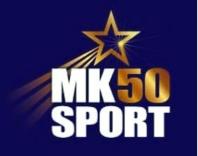 Preparations are under way for the MK50 Sport Gala Dinner on June 29, to which the organisers are inviting local sporting greats and the unsung heroes of local clubs and associations.

The dinner, which will take place in the DoubleTree by Hilton at stadiummk, is being organised by Leap, the county sport and activity partnership, SportsAid Eastern, Milton Keynes Lords Taverners and MK Dons Sports and Education Trust.

Sports Minister Tracey Crouch has been invited and the dinner will be hosted by former Olympic badminton medallist Gail Emms MBE, who compered the Milton Keynes Business Achievement Awards earlier this month.

The organisers also want to present a set of awards to mark 50 years of sport in Milton Keynes and to honour the hidden community superheroes who work tirelessly to enable others to enjoy their sport.

Keith McLean, a member of the organising committee, said: “The city has a great track record of breeding sporting stars from Olympians such as Greg Rutherford MBE to table tennis player Andrew Baggaley, footballers such as Dele Alli and BMX biker Izzy Ferrada. We want to hear about the hidden heroes of our grassroots sports clubs as well as from those with famous former members.”

Clubs are being invited to send in their nominations for their unsung heroes to attend as guests using no more than 100 words, to MK50sport@mkdonsset.com. To book a table, e-mail the same address.