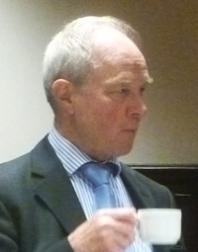 The event also heard the results of a comprehensive survey of Federation of Small Businesses members across the East of England on broadband and the improvement s they would like to see.

FSB  member Rodney Hansen, of Redbourn-baed Dark Matter Composites, told the forum that poor connectivity had had a negative effects on the ability of his business to trade abroad and therefore bring in much-needed foreign revenue.

Cllr Levett, who is also a small business owner, outlined the initiatives that local authorities are putting in place to help improve access to high speed broadband.

BT executive Giles Ellerton presented his organisation’s vision of the future for broadband in the region.

FSB regional chairman Graham Buck said: “Our members have deep concerns about their  lack of connectivity and we were very pleased to have organised this opportunity for many of them to meet representatives of national and local government and from BT.

Mr Lilley said: “It was very enlightening to hear the concerns of small businesses in the region. I shall certainly report to the Minister that in the roll-out of superfast broadband greater priority should be given to ensuring that small businesses, which are the lifeblood of our economy, can have early access to superfast broadband which they need to grow and prosper.”