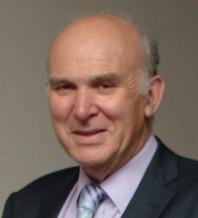 Dr Cable (pictured) said that the economy faced a very tricky situation as the government prepared to withdraw the measures it had put in place to ward off the worst of the recession.

“We are being kept alive on monetary steroids – creation of credit, low interest rates,” he added. “These steroids are going to be withdrawn next year and this artificial stimulus will not be there. This is a very tricky situation.”
He was speaking at a dinner hosted by Milton Keynes Business Leaders Partnership and began by setting the context for recovery.
“The popular view of the current situation is that we are recovering from a kind of ‘economic flu’ but this is too simplistic,” Dr Cable said. “In reality, the financial system has suffered a massive heart attack which has all the serious consequences you might expect.”
He told the dinner, held at the Holiday Inn Milton Keynes and sponsored by Deloitte, that the UK economy has stabilised because governments and central banks around the world had “thrown the kitchen sink at the problem” through interest rates cut to zero; the deliberate creation of money; governments running enormous budget deficits; the nationalisation of half the banking system.
However, the UK was not set for a return to the depression of the 1930s. Governments were co-operating and economies such as China’s and India’s were growing, just as were some companies in the UK.
Dr Cable said: “Compared with a generation ago, we have more flexible labour markets, excellent entrepreneurs and companies who have niches, intellectual property rights and a very good position in international markets.
“I suspect that some of them will become big players in the world. I also believe there is sufficient entrepreneurial spirit here to get us through this crisis.”
MKBLP chairman Philip Smith said it was important for business to understand where they are in the current climate.
He added: “There are very tough times ahead as we start to climb out of recession and all our other ills. Business has to look ahead to see how it can best weather the storm but we have a huge amount of entrepreneurial spirit in Milton Keynes which we will exploit to the full.”
15