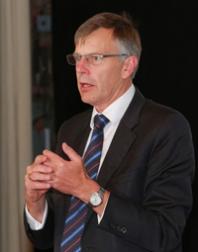 Realising the economic potential of the Oxford-Milton Keynes-Cambridge arc is a “major opportunity” not only for Milton Keynes but for the region, says a report by the Milton Keynes Futures 2050 Commission looking into options for the city as it plans for the next 35 years.

The standard of education attainment must improve, the report adds. It proposes wide-ranging change, led by a new university that provides lifelong learning opportunities.

In schools, the commission calls for stronger engagement between schools and parents and for local education to build on Milton Keynes College’s success in working with both business and schools.

Renaissance:CMK aims to strengthen the city centre’s position at the heart of the city and as a regional commercial centre and work must be done on new modes of transport, as well as championing Milton Keynes as the creative, cultured city.

The report, commissioned by Milton Keynes Council, has been written by the Milton Keynes Futures 2050 Commission. It was compiled with input of thousands of Milton Keynes residents via face-to-face interviews, workshops and social media.

Commission chairman Sir Peter Gregson (pictured), vice-chancellor and chief executive of Cranfield University, said: “Business as usual is not a viable option. A city as fast-developing as Milton Keynes needs to reinvent itself.”

The report envisages the population of Milton Keynes growing to 400,000 by 2050 from its current 250,000. Planning experts in the audience said that the report’s assumption of 1,750 homes completion annually should be the bare minimum. Commissioners also warned that the population increase will require development outside the city’s current built-up area.

Speaking at the report’s launch, held at the Open University with an audience of around 100 business and community leaders, Sir Peter said: “Milton Keynes is doing well but it is also facing critical challenges.”

First among those is educational attainment at GCSE and A Level, which is below the national average, and the absence of a university is making the retention of local young people in the workforce when they leave school more difficult.

The commission report calls for a major change in collaboration between schools and colleges to ensure the city provides top-class education and the Milton Keynes Promise: a commitment that every young person leaving school is guaranteed the opportunity to study at university or tertiary equivalent.

Sir Peter said: “The need to lift attainment is one of the major challenges facing the city.”

The report advocates a regional perspective to economic growth. The National Infrastructure Commission headed by Lord Adonis is evaluating the economic potential of the Oxford-Milton Keynes- Cambridge Arc at the request of the Treasury. It includes the East West Rail project due to open in 2019 and the upgrading of the A421 to an expressway.

Sir Peter said: “It is crucial to build on that opportunity.”

The Renaissance:CMK plan to revitalise Central Milton Keynes is key to attracting inward investment, the commission’s report says. Sir Peter added; “Central Milton Keynes will be even more at the heart of the city in 2050. It is important as the heart, soul and breath of the city that it provides new opportunity for new businesses, new employers and new ideas to emerge.”

The centre must also retain its status as the strongest retail offer between London and the West Midlands, Sir Peter added.

The commission proposes a more prominent role for Milton Keynes Development Partnership, the organisation charged with delivering the development of land in the city acquired by the council from the Homes & Communities agency three years ago, in the Renaissance:CMK plan.

Traditional forms of transport are making way for new modes of travel and the grid roads and redways system can work to Milton Keynes’ advantage, the report says. Commission member Lee Shostak, an economic development planner and a former director of planning at Milton Keynes Development Corporation, said: “There is a sea change in the way cars are going to be used in the city of the future. Milton Keynes and its partners offers exceptional opportunities to trial that.”

The issue of housing came under close scrutiny at the presentation. Some of the new homes required will be built through infilling and higher-density redevelopment of the older estates in Milton Keynes. Mr Shostak said: “There is an opportunity to build more homes within the existing built-up area by working with people on those estates to see how they want to redevelop their communities but the commission is in no doubt that achieving the 400,000 population in the 2040s will require the bulk of the development to be built outside the existing built-up area.”

The Milton Keynes Futures 2050 Commission report is due to be presented to Milton Keynes councillors at a full council meeting on July 20.

Sir Peter Gregson said: “Milton Keynes is a great city. The challenge set to the commission was how the city could be made even greater. “As a commission, we urge the city to think big and re-capture the bold spirit of its foundations almost 50 years ago.”