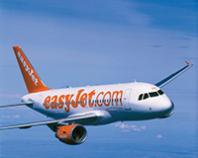 The airline, headquartered in Luton, applied in Austria for an Air Operator Certificate and airline operating licence earlier this year.

The accreditation process is now well advanced, easyJet said in a statement, and the company hopes to receive the AOC and licence in the near future.

These will allow easyJet to establish a new airline, easyJet Europe, which will be headquartered in Vienna and will enable easyJet to continue to operate flights both across Europe and domestically within European countries after the UK has left the EU, regardless of the outcome of talks on a future UK-EU aviation agreement.

The people and planes that will fly for easyJet Europe are already employed and based in EU27 countries.