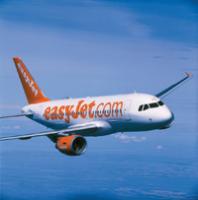 Bedford
The four-year deal is worth more than £18 million in cash and marketing expertise. easyJet becomes one of several founding partners in the scheme to create a £100 million marketing fund.
The partnership aims to attract up to four million extra visitors to the country and capitalise on the unique opportunities provided by the Royal Wedding, the Queen’s Diamond Jubilee and London 2012 Games.
If it succeeds, the campaign could generate £2 billion of tourist revenue and create up to 50,000 new jobs.
easyJet’s UK headquarters are at London Luton Airport but its contribution to the tourism campaign will focus on mainland Europe. The airline has a strong presence in France, Germany Italy, Spain and Switzerland where easyJet staff will drive multi-media marketing campaigns for the UK.
Chief executive Carolyn McCall said: “This partnership will help easyJet to bring even more visitors to the UK. easyJet is committed to positioning Britain as a top tourist destination.”
VisitBritain chief executive Sandie Dawe said: “We are delighted that easyJet has signed up to be one of the founding partners of our marketing campaign. They offer a fantastic regional spread of routes and cover our core European markets, making all parts of Britain accessible for our European visitors.”
easyJet is joining leading businesses in the tourism industry in backing the VisitBritain scheme.
John Penrose, Minister for Tourism and Heritage, said: “The eyes of the world will be on us from next month, right through to the end of 2012 and beyond.  Thanks to easyJet and the other backers, we will be well-placed to make sure that this interest is turned into sustained growth for our tourist industry, and a cause for real national pride.”
13