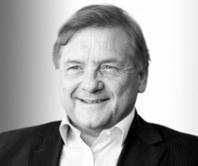 Bedford
Sir Mike Rake will seek re-election at the plc’s AGM later this month in order to remain in post and give the board time to choose his successor.
He said: “easyJet has by any definition enjoyed a period of success and profitable growth in the last three years. As this takes the airline to the threshold of entry to the FTSE 100 it is the right time for me to stand down.”
Sir Mike joined the board of easyJet – whose headquarters are at London Luton Airport – as deputy chairman in June 2009 and became chairman six months later.
He said: "It has been a tremendous experience to chair easyJet over the last three years. easyJet is a dynamic and successful company in a vitally important sector for the European economy.
"The airline is now well positioned to continue to deliver profitable growth and returns for all its shareholders."
The board has already begun the search for his successor.
Deputy chairman Charles Gurassa said: "All our stakeholders, passengers, shareholders and employees have benefited from the excellent performance of easyJet under his chairmanship.
"During this time he has overseen a more than doubling in the value of the company through the successful delivery of easyJet’s strategy of sustainable growth and returns, refreshed the board, appointed a new chief executive and finance director, introduced dividend payments and led the negotiation of a new brand licence agreement.”
68