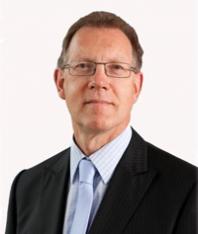 Mr Hill, who was appointed to Milton Keynes Council in 2009, has led a sustained period of organisational improvement and transformation during his time at the council.

Before that he was director of organisational development at Suffolk County Council and has held senior civil service posts at the Department of Health and Social Security and the Northern Ireland Office.

He was also Secretary to the Royal Commission on the Reform of the House of Lords.

Mr Hill said: “I am absolutely thrilled to receive this very prestigious award.

“I of course take great personal pride in being singled out for this honour but it must also be seen in part as a tribute to all those – elected members, colleagues at every level in the council and the numerous partner organisations – with whom I have had the pleasure of working over the past five years.

“Together we have turned a lot of things round, made some significant improvements to the services we provide to the people of Milton Keynes and initiated some innovative and ambitious projects that will build and sustain Milton Keynes’ profile as one of the great European cities of the 21st century.

Cllr Marland said: “David has dedicated his life to public service and he has done a good job over the last five years here in Milton Keynes. I know just how much all those who have received awards have contributed to our community, they are all thoroughly deserved and congratulations to them all.”

Conservative Group leader Cllr Edith Bald, said " I am absolutely delighted that David has been awarded an OBE in the Queen’s Birthday Honours. This is a tremendous achievement reflecting his work in public service over many years, recently in Milton Keynes.”
Cllr Douglas McCal, leader of the Liberal-Democrat Group, added his congratulations.

Mr Hill will retire from his current post in July to pursue other career interests. The council has appointed Carol Mills, currently deputy chief executive at Nottingham City Council, to succeed him.

Other local recipients of a Queen’s Birthday Honour are:

Luing Cowley Services to the community

Jan Flawn Founder of PJ Care.          Services to the care home business and to charitable fundraising.