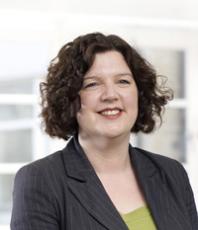 Bedford
OVER the past year, many employers have introduced incentives allowing staff to choose their own smartphones for work and home use and this has opened up a new area of risk.
Some employers may not be aware that formal policies and guidance on mobile phones and social media use are necessary and that these may need to be reviewed in the light of such schemes.
When allowing employees to use their phones at work and at home, it is important that IT departments are able to manage them by blocking certain applications or other downloads and wiping the device if it is lost. As employees will be using their phones to access social media accounts, they also need to be aware that this content should not contravene the terms of the employment contract.
Employers should also consider reminding employees about mobile phone and social media policies ahead of the Christmas party season.
Paula says: “Applications such as Instagram which encourages users to share and upload photos to Facebook are presenting new risks for employers.
“The way people share experiences when out and about socially has been transformed by the introduction of smartphone applications such as Instagram, which can share photos across social media networks in a matter of seconds.
“As a consequence, the reputational risks are much greater for employers who are ultimately responsible for any inappropriate conduct that could arise during a works party for example.”
While useful as an incentive, BYOD (bring your own device) and CYOD (choose your own device) schemes have blurred the lines between peoples professional and personal lives further and this has increased the risks for employers.”
Paula Whelan thinks employers should go further to warn employees about the consequences of social media misuse ahead of festive season.
She says: “Employees should be informed that social media mentions will be monitored over the Christmas period and defamatory comments about the company will be grounds for disciplinary action.
“At this time of year, employers may be worried about being seen as killjoys but it is in everyone’s interests that workplace policies are set out clearly and transparently.”
74