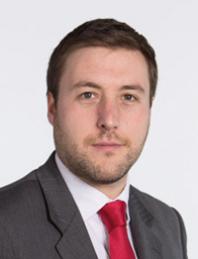 In a letter to Lord Adonis, the head of the National Infrastructure Commission, Mr Osborne confirmed that the body should make recommendations to “maximise the potential” of the Cambridge-Milton Keynes-Oxford corridor as a knowledge cluster that can compete globally.

The move comes after work by Fast Growth Cities, an organisation set up by Milton Keynes Council with other local authorities to promote investment in the ‘Knowledge Corridor’.

The Fast Growth Cities Network launched in Westminster earlier this month attended by local councillors, MPs and business people from across the area.

Milton Keynes Council has welcomed confirmation that its infrastructure needs are to be treated as a priority so the city can achieve its potential and does not become a victim of its own success.

In his letter Mr Osborne said: “The Commission will look at the priority infrastructure improvements needed, and assess the economic case for which investments would generate the most growth.”

Milton Keynes Council leader Pete Marland (pictured) pressed the case for Milton Keynes and other cities which risk being overlooked due to their success, stating that to continue to enable growth the government needed to invest across the area and not take growth here for granted.

He said: “I am pleased Fast Growth Cities’ call for investment in our successful economies is needed to remain successful is gaining some momentum.

“The independent report we launched earlier this month with think-tank Centre for Cities highlighted the importance of the Oxford-Milton Keynes-Cambridge corridor for the high skill knowledge economy jobs that are vital for future growth in the UK economy and that the government should not take this for granted.”

“Centre for Cities has long been an avid supporter of Milton Keynes, praising its economic strength and job creation and general all-round resilience in a tough economic climate

“However, they recently sounded a massive note of caution, warning that places like Milton Keynes face significant economic challenges which threaten to undermine their continuing economic success in the years to come, including affordability of housing, increasing transport congestion and skills gaps.

“So this letter is very welcome.”

Cllr Marland called on the Chancellor to back up his words with action to deliver infrastructure improvements on time.

He said: “Although of course it is still very early days and while it is encouraging that the Chancellor has recognised Milton Keynes’ needs, we really need some action. Important infrastructure projects such as East-West Rail have already drifted in terms of when they will be delivered. Continued delay will not help the Milton Keynes economy or the UK economy as a whole.

“Working with Fast Growth Cities, our MPs and businesses we hope that we can continue to promote the importance of the MK economy and the need to invest here to keep our economy moving in the right direction.”

The report Fast Growth Cities: the opportunities and challenges ahead represents five of the most economically vibrant, medium-sized UK city-economies in the country andcalls for greater focus on addressing the economic challenges that might hamper them realising their full potential.

They also have higher than average levels of employment and business start-ups, and are among the fastest growing places in terms of population.

In the report, it states that the Milton Keynes economy is a major success story and provides around twice as much in economy taxes per worker as is paid out to them in Government expenditure.

However, the report also warns that these cities are facing a number of significant economic challenges which threaten to undermine their continuing economic success in the years to come, including housing, increasing transport congestion and skills gaps.