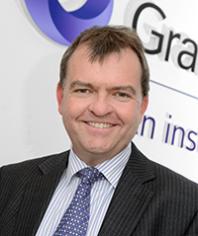 An overhaul of the UK’s 1,100 plus tax reliefs, which are estimated to cost over £400 billion a year, could have a positive impact on the public purse and economic growth both locally and nationally, says Kevin Gale, of Grant Thornton.

He was speaking ahead of Wednesday’s Budget statement by Chancellor of the Exchequer Philip Hammond. Simplifying the system would also offer clarity and efficiency for businesses and individuals and, in the wake of the release of the ‘Paradise Papers’, make the tax regime harder to abuse.

Mr Gale pictured said: “Tax reliefs are designed to help maintain competitiveness, redistribute wealth and influence good, long term, behaviour. In principle, they should be of great benefit but as with the rest of the UK tax system, they are shrouded in complexity, leaving them open to abuse or closed off to those who are eligible.

“For tax reliefs to be used efficiently and for their intended purpose, government needs to clearly outline its plans for the UK economy, the behaviours it wants to encourage and the sectors it wants to grow – then create reliefs to support this.

“As we move closer to exiting the EU, this is more important than ever to ensure we have the right reliefs in place to support a flourishing post-Brexit economy. For example, if we want to develop a stronger export culture, then tax credits that support businesses in researching and entering new markets would be beneficial.”

“This would also act as a wake up call for some businesses to accept that society now expects corporates to do the right thing on tax, irrespective of what convoluted laws might allow them to do.

“Finally, it is clear that even a basic understanding of how tax works, its role in society and the impact it has on individuals and companies, is essential. We suggest that basic tax education is mandatory for all Key Stage 2 pupils to provide a foundation for future generations.”

Further recommendations from Grant Thornton Milton Keynes for the 2017 Budget include:

Mr Gale said: “We ask that government is brave in its approach and strips our tax system back to one that supports the local and national economy. Only then will tax reliefs perform their intended function.”