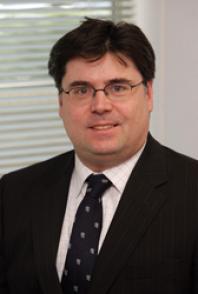 Bedford
The deal, led by Steve Lyon from Lloyds TSB’s Milton Keynes Corporate office, will see the bank provide a £26 million funding package. The Silverstone Board is continuing discussions with Northamptonshire County Council to secure a further loan of £10 million which will complete the necessary funding requirement to bring Silverstone up to the high standards of modern-day circuits by providing fans and drivers of all forms of motorsport with world class facilities.
Speaking at the launch of the new Silverstone Grand Prix circuit yesterday, Silverstone Circuits managing director Richard Phillips said: “This has been a crucial stage in Silverstone’s history and with the Grand Prix secured at the circuit until 2026, we needed a strong financial partner that would work with us in the long-term.”
In December last year, Silverstone agreed a 17-year deal with Formula 1  to host the British Grand Prix from 2010 and so ensure that it was not axed from the Formula 1 race calendar.
Kevin Stannard (pictured), area director for Lloyds TSB Corporate Markets in East Anglia and the South Midlands, said: “This is the sort of deal which transcends the business world. Not only is Silverstone one of the most famous and popular racing circuits in the world, it also has a huge influence on the success of the local economy.
"We were impressed by the Silverstone team’s strategy and plans for the future of the circuit as a world class venue and are keen to do all we can to help Richard and the Silverstone team to realise their vision.”
The new Silverstone Grand Prix Circuit was officially opened yesterdayby HRH The Duke of York KG at an event hosted at the circuit by the British Racing Drivers’ Club president Damon Hill, chairman Robert Brooks and Mr Phillips.
14