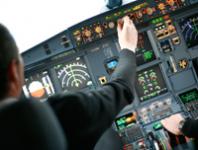 Bedford
The airline, whose headquarters are at London Luton Airport, has joined forces with CTC Aviation and Middlesex University on the BSc (Hons) degree in Professional Aviation Pilot Practice.
This move means pilots can study towards a degree while undertaking their pilot training.
The first two levels of the course are undertaken with CTC Aviation as part of the CTC Wings training programme and the third level is achieved while the pilots are flying for easyJet.
easyJet chief executive Carolyn McCall said: "I believe that it is absolutely vital to easyJet’s future that we have a pipeline of talented young pilots coming through.”
CTC graduates will join easyJet as co-pilots and have the opportunity to become permanent employees after one year. Two years and 2,500 flying hours later, they become senior first officers before aiming for their command and the rank of Captain within six years of joining.
Carolyn McCall said: "This builds on the easyJet cadet programme which offers a clear career path for all pilots joining easyJet. With easyJet’s continued planned growth the time taken from First Officer to Captain is likely to be quicker than at other airlines."
Training to become a pilot and completing a degree at the same time enables trainee pilots to access government funding for students to help finance their training and degree.
CTC Aviation, one of the world’s leading airline training and pilot resourcing companies, has supplied more than 1,500 pilots to easyJet over the years through its CTC Wings programme. A total 119 of the pilot graduates from this year’s ceremony are to join the easyJet team.
Dr Darryll Bravenboer, head of academic development at Middlesex University, said: "We are delighted that easyJet see the value in enabling their pilots to gain a university degree through the innovative integration of CAA approved pilot training and professional learning.
"The opportunity to gain academic credit from learning at work towards achieving a degree has the potential to inspire a new generation of professional pilots."
The partnership has been shortlisted in the 2013 Guardian University Awards.
18